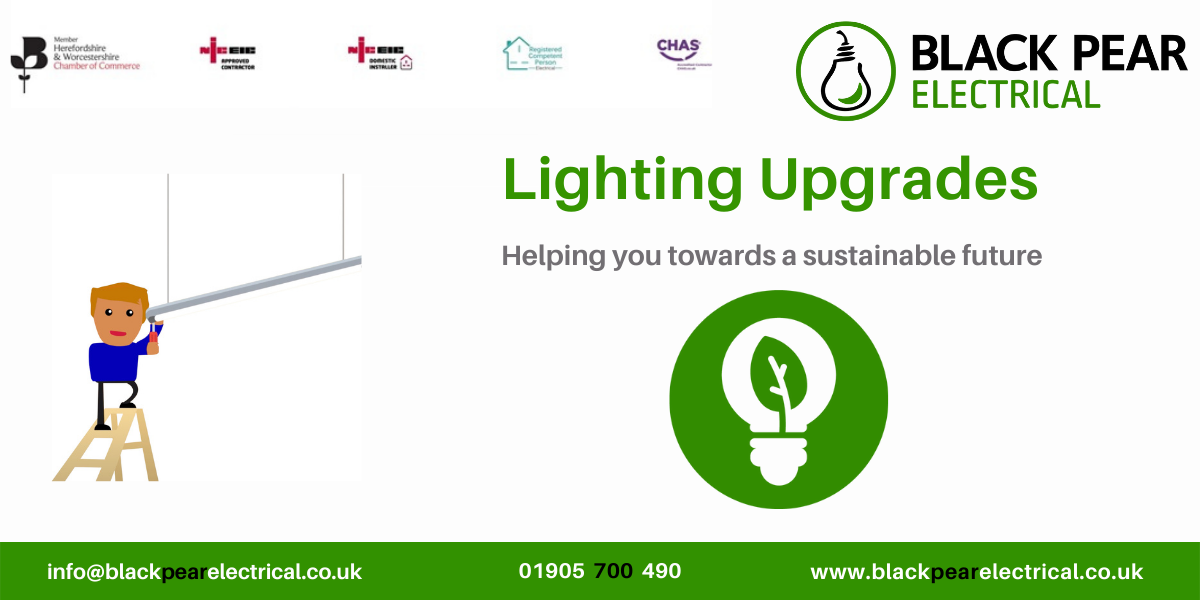 Back in September 2021 the UK government banned the sales of Halogen lightbulbs that are commonly used in residential premises;  describing them as  ‘energy -hungry, expensive and inefficient’.

The ban is part of a government plan to tackle climate change with a shift to LED bulbs cutting 1.26million tonnes of CO2 – the same as removing over half a million cars. The UK began phasing out the sale of higher-energy halogen bulbs in 2018. The government wants LED light bulbs to account for 85% of bulbs sold by 2030; at the moment it accounts for two thirds.

Trevelyan commented: “By helping ensure electrical appliances use less energy but perform just as well, we’re saving households money on their bills and helping tackle climate change.”  The ban  also included the sale of lighting fixtures with bulbs that can’t be replaced.

But the initiative does not just stop with halogen lighting.  Now the focus is on reducing the use and sale of  fluorescent lighting which is commonly used in schools, offices and commercial settings, with  sale of the lamps being scheduled to be banned by September 2023.

So why are LEDs (Light Emitting Diodes) seen as the best option:

• Ordinary light bulbs are very inefficient at producing light, with 90% of the electrical energy being wasted as heat. LEDs are more efficient, so use less electricity to run, typically using  30 times less energy to run and only losing 5% energy as heat.
• LEDs last a lot longer than ordinary bulbs; a 6 to 8 Watt LED will run for 50,000 hours whilst an ordinary bulb lasts just 8,000 hours. This means there is less need to manufacture and dispose of old bulbs.
• Ordinary light bulbs can produce high levels of CO2 (carbon dioxide), which is a harmful greenhouse gas. If you have 30 standard bulbs in your house, this produces approx. 480 kg per year emissions compared with just 206Kg using LED lights.
• Fluorescent tubes contain mercury, which is harmful as it can accumulate in living organisms when we get rid of the old lights, so they should be disposed of by a registered waste carrier to avoid contaminating our environment. LEDs don’t contain any mercury or other toxic elements

Many manufactures are already stopping the production of the lamps, meaning that the cost of the lamps may well increase due to supply and demand so now may be the opportune time to look at replacing existing lighting systems and upgrading to LED – which is where Black Pear Electrical can help.

Please visit https://www.blackpearelectrical.co.uk/installation-services/lighting-led-lighting/ or call us on 01905 700 490 for more information